“I would highly recommend this software to any company that thinks Network Monitoring and Inventory Control Management software has to cost tens of thousands of dollars to be good! This product ROCKS!” 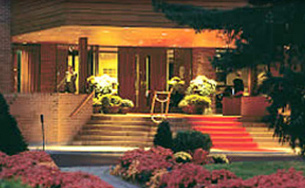 The Granite Club's  IT Infrastructure is a small but diverse environment maintained by 3 IT staff members. They maintain both hardware and applications support for a growing community at the main club and golf course location.

As Paul Jamieson, the IT Assistant Manager at the Granite Club says, one of the main problems the IT department was facing was the fact that they rarely knew there was an issue with the infrastructure until somebody complained. “We wanted this to become a thing of the past!” Paul Jamieson says, “Our main objective was for the NetCrunch software to pro-actively alert us to assigned issues throughout our network, before end-users realize there is a problem”.

“The idea to use a complex network monitoring system came with the need to oversee not only servers but the whole system.” AdRem NetCrunch was selected thanks to its high cost/performance rate. At the Granite Club, they needed a cost efficient Network Monitoring tool that could alert them to impending issues that they might not otherwise see. Built-in inventory manager system was also a huge advantage for Granite Club IT technicians that played in favor of NetCrunch as a choice.

Since 1836, when twelve gentlemen have established little curling facility located at Chapel and St. Mary Streets in Toronto, the Granite Club became a prestigious and sophisticated association of over 10,000 members. Generation after generation, the Granite Club has been a place where families enrich their lives, value time together, and share special moments. Nowadays Granite Club continues to offer the best in a family, athletic, dining and social club.